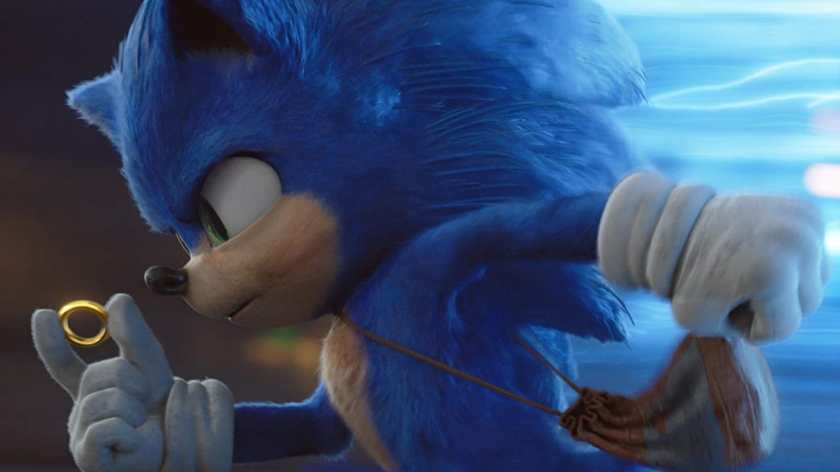 The film is directed by a full time visual artist and part time director, Jeff Fowler. It is written by Pat Casey and Josh Miller who I would say are insufficiently experienced. A combination of such an unversed crew, can be hazardous.

First of all, it is good to have Jim Carrey (as Dr. Ivo “Eggman” Robotnik) back in a wholesome role and in a large scaled film after 6 years. In between, he was a part of two small scaled films, in 2016, which didn’t receive as much appreciation critically or monetarily. Surprisingly, he wasn’t in his fullest form in Sonic The Hedgehog too. Yet, it seemed like he tried. 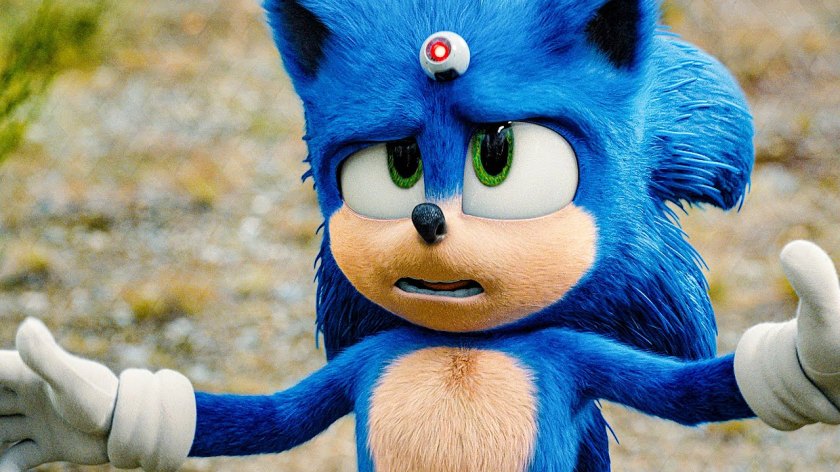 I also realized that it might have been a burden on the actors when your story isn’t uncommon or out of the box. But, it was a team effort when they [James Marsden (as Tom Wachowski), Tika Sumpter (as Maddie Wachowski), Natasha Rothwell (as Rachel) and Adam Pally (as Wade Whipple)] equally distributed the responsibility among all and performed high-spiritedly. 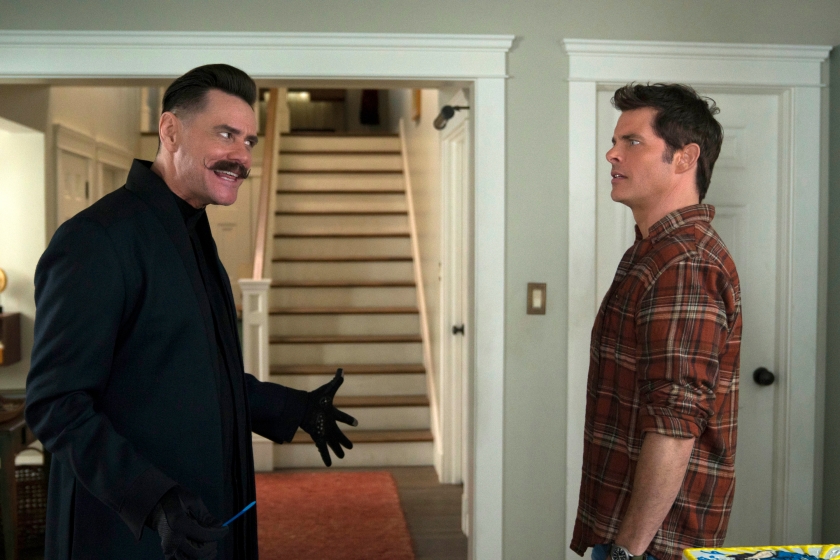 The winner of the film is undeniably Ben Schwartz who voiced the animated character of Sonic. His voice gave the perfect liveliness to the character, which is how it originally is. Energetic. Furthermore, there was a bit of comedic dialogue given to Marsden and most of it to Schwartz & Carrey, which I feel should’ve been more on the whole. The score by Tom Holkenborg is quite alright, too.

Stephen Gaghan brings us a PETA approved spectacle wherein Robert Downey Jr. (as Dr. John Dolittle) is the king of the jungle. It is partly based on a film series of identical titles and partly on books (of similar titles) by Hugh Lofting, all of which were released in different generations.

I wouldn’t call it a newly conceptualized plot, obviously, but the screenplay has been altered into something cute and interesting. The beauty of this film is how the writers Stephen Gaghan (director and co-writer), Dan Gregor, Doug Mand and Chris McKay create this different world of Dr. Dolittle where the companionship of just a few animals is enough to live a life. Only when you know how to communicate with them expertly.

It is an adventure squeezed into a 102 minutes, thankfully. Inclusive of some flawless visual effects and masterful background score (Danny Elfman), Dolittle is watchable and it won’t be a biggie, if skipped too. It also felt like it was an even shorter story being slightly stretched.

It was because of the presence of Downey Jr. that I decided to watch this film and I felt that I was reminded of his sweet and sour character from Sherlock Holmes (2009) & Sherlock Holmes: A Game Of Shadows (2011), which I loved, along with the films. In this flick, just the expertise, the accent and the genre changed. On the other hand, Harry Collet (as Tommy Stubbins – Dr. John’s apprentice) is a delightful surprise. Exquisite talent.

The tiny roles of Antonio Banderas (as Rassouli), Tom Holland (as Jip – the dog with glasses), Selena Gomez (as Betsy – a friendly giraffe), John Cena (as Yoshi – an upbeat polar bear), Ralph Fiennes (as Barry – a ferocious tiger), Kumail Nanjiani (as Plimpton – a cynical and fussy ostrich), Michael Sheen (as Dr. Blair Müdfly), Rami Malek (as Chee-Chee – an anxious but noble gorilla), Jim Broadbent (Lord Thomas Badgley), Jessie Buckley (as Queen Victoria), Carmel Laniado (as Lady Rose) and Emma Thompson (as Polynesia – a wise and head strong macaw) are given full justice to, whether as voice-overs or in front of the camera. 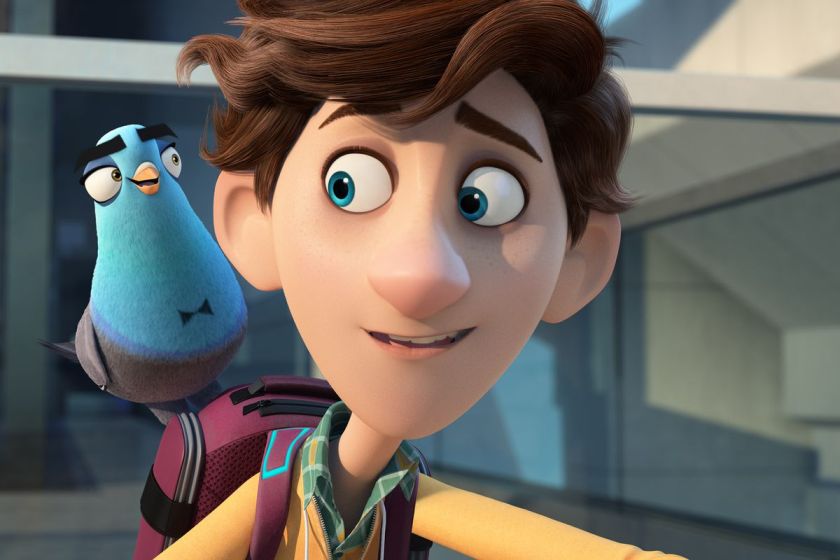 The interesting cast was the green signal for me to watch this film alone. Let alone the fact that it was of the animated with a spy genre. But are the stars of Will Smith in his favor, especially after his big failure Gemini Man? Let’s find out.

As you all are aware how much I still love animated films in this day and age. Still, not every film succeeds on the basis of a happy ending or by giving an inspirational message. Unfortunately, this is one of them. Critically speaking, there are better stories out there which have won hearts. One main feature of a cartoon film is that it consists of each aspect equally, action, comedy and drama. More often, it’s the comedy quotient which is comparatively higher. Stories are always predictable in any animated film. It’s how you direct (Troy Quane & Nick Bruno), the background score (Theodore Shapiro) and the smallest of details which matter.

Fortunately, the flick is inclusive of comedic scenes, but not enough. There are action scenes, but not enough. The chemistry between Will Smith (Lance Sterling) and Tom Holland (Walter Beckett) is great. The background score is superbly thought of and composed. The direction is okay. Ben Mendelsohn (as Killian) voices a brilliant antagonist. Rashida Jones (as Marcy Kappel), Karen Gillan (as Eyes) and DJ Khaled (as Ears), Masi Oka (as Katsu Kimura) and Reba McEntire (as Joy Jenkins) aid the lead actors really well.

In fact, even the rest of the supporting cast did really well. However, there was the X factor missing, which decides the film’s critical success, according to me. I feel there was a lot lacking as I mentioned above. It is based on a short film Pigeon: Impossible by Lucas Martell, wherein, he shows a unique concept of how pigeons are really considered insignificant. Screenplay writers Brad Copeland and Lloyd Taylor tried to incorporate this into a 102 minute big scale film. Appealing yet not convincing.

While I write my views about Spies In Disguise right now, I checked the film’s worldwide earnings simultaneously, and found out that they haven’t even reached the original budget amount of the film after 17 days of it’s release to break even. I think this alone proves that people who have seen the film “worldwide” aren’t recommending it to their friends and family. As I wouldn’t do to you.