I got to be honest. It is different. Story-wise. It is about this one female police constable who has been asked to change her lifestyle, her personality to become someone completely contrary to what her actual self is, for a special covert mission. 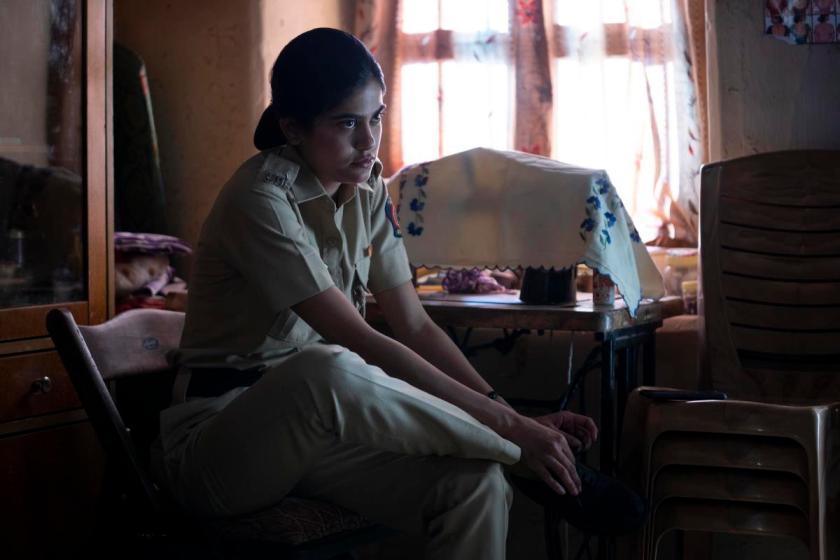 Bhumika Pardeshi is the woman who has been asked to do so in the story of a web series called as She. Aaditi Pohankar is the lady playing this genius character, profoundly. She plays Bhumika with absolute conviction! Plus, her role perfectly matches with how she looks. Full marks to Mukesh Chhabra, the casting director. 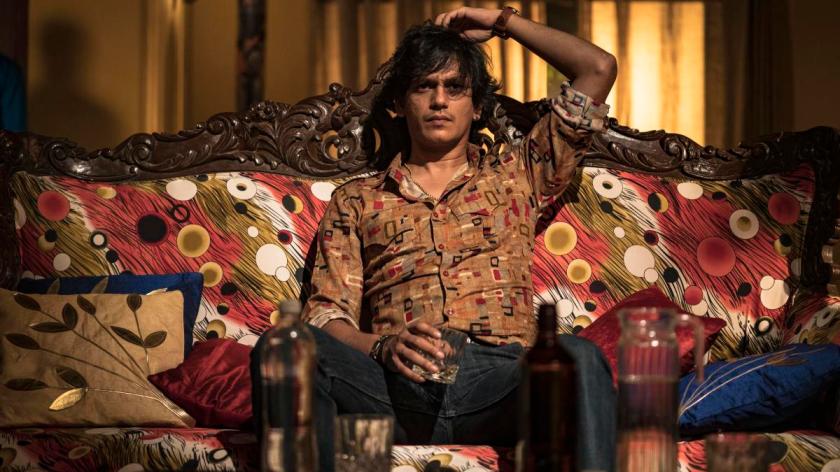 Even if the story might have been somewhat new but it would have been nothing if it hadn’t been for the powerful characters. I wasn’t surprised to realize this fact because the man behind the screenplay is none other than Imtiaz Ali. I had also mentioned this in my recent review of Love Aaj Kal 2.0, that his USP is how he adds weight to the individualistic roles in his films.

She is beautifully directed by Arif Ali and Avinash Das too. The background score by Ishaan Chhabra and over all music composed by Gaurang Soni also keeps you inquisitive throughout the seven-episode-season. Another great thing about the show is that it isn’t lengthy, neither the duration of every episode nor the amount of episodes.

Of course, all the actors [especially Kishore Kumar G (as Nayak), who I first thought was Kichcha Sudeep, Vishwas Kini (as Jason Fernandez), Suhita Thatte (as Bhumika‘s mother), Shivani Rangole (as Rupa), Paritosh Sand (as Shishir Mathur) and Ajay Jhadav (as Mhatre)] have done a tidy job, but there is one actor who stood out like a knight in a shining armor. He has displayed the utmost class and this, I think, would truly prove be his career defining work. This audacious and a sweet-talking character of Sasya is played by Vijay Varma.

After watching this film, I saw a video pop up on the Netflix home page. A video about the lead cast and the director having a casual conversation. Since Al Pacino was almost new to this gang and he was trying to know more about the veteran team. The team of Scorsese, De Niro and Pesci, who have collaborated in numerous films together before. This 23 minute video educates you a lot about how Scorsese works and how this bunch of three came together. About behind the scenes of the film. The conceptualization of the film. How it was born and a lot of other facts.

With a point which was said by Scorsese in this short video, I shall start my views on The Irishman. He approximately says that this film wasn’t made for the mass audience. It’s genre is unique. It has politics involved. It has the Mafia involved. That too, at the time of 1950’s, in United States Of America. Only a small group of audience might appreciate it or even like it. But he wanted to make it anyway because of his love for cinema.

It is based on a book called I Heard You Paint Houses by Charles Brandt. It also, partially tells you about the life of Jimmy Hoffa, an American labor union leader. It took me 3 breaks on a Friday to finish this film because it actually was and it felt too long at 209 minutes. It was probably because it was being narrated by an elderly Frank Sheeran (played by Robert De Niro), on whose life the film is largely based on. It’s duration was one of the two drawbacks of the film. Second is obviously the fact that not everybody is going to try and relate to it because it’s purely American. It’s story, it’s characters and it’s locations.

What can be appreciated is the legendary direction of Martin Scorsese. The unparalleled performances of Robert De Niro, Al Pacino (as Jimmy Hoffa), Joe Pesci (as Russell Bufalino), Stephen Graham (as Anthony Tony Pro” Provenzano), Ray Romano (as Bill Bufalino) and all the supporting cast. The unprecedented cinematography by Rodrigo Preito. The wonderful music/background score by Robbie Robertson and music supervisor Randall Poster. Even the visual effects were really precise by Pablo Helman. I think visual effects directors/supervisors of Gemini Man (2019) and War (2019) should learn something from this guy.

It was 1st of April, 2011. There were barely any films which were worth your while. After a decade and in a different time today, could this be your next Netflix watch?

I feel so bad about this film. It had sugar, spice and everything nice. Yet, it didn’t have that charm to be that one great film of the year. Even though it had a really nice cast and a great approach, too. I loved the way Althea Delmas Kaushal (screenplay) bridged four different characters and their mishaps to the main character and his part of the story.

I also appreciate how Abhinay Deo directed the film. There were nice locations in the film, which added a special zest. However, there were mistakes. The climaxes (yes, there are a few) of the story will make you giggle. They didn’t surprise me. I found them really bizarre, especially after such an intriguing start.

The music (Shankar–Ehsaan–Loy) was really okay. This is inclusive of the background score (Ram Sampath) which feels stupid now. Can’t blame anyone for this, it was a decade ago.